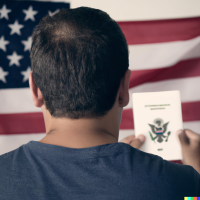 As an immigrant in the United States, it is important to understand your rights and the laws that protect you. This includes knowing your rights under the U.S. Constitution, such as the right to due process and the right to a fair trial. It also includes understanding the laws and regulations specific to immigration, such as the rules for obtaining a green card, citizenship, or asylum. A qualified immigration lawyer will be able to explain these rights and laws to you in a way that is easy to understand, and will help you navigate the process of obtaining legal status in the United States.

Understanding the Different Types of Visas

Obtaining a green card is one of the most common goals of immigrants in the United States. A green card is a legal document that allows you to live and work in the United States permanently. However, obtaining a green card can be a complicated and time-consuming process. There are many different ways to obtain a green card, including through employment, family sponsorship, and asylum. An experienced immigration lawyer will be able to help you understand the qualifications and requirements for each of these methods, and help you navigate the process.

Dealing with Deportation and Removal Proceedings

One of the most difficult aspects of U.S. immigration law is dealing with deportation and removal proceedings. Deportation is the process of removing an individual from the United States who is not legally authorized to be in the country. Removal proceedings refer to the legal process by which the government seeks to remove an individual from the United States. This can happen for a variety of reasons, including criminal activity, overstaying a visa, or violating the terms of a visa.

There are a variety of ways to fight deportation, such as:

Best Immigration Lawyer in West Covina Near You

At the Law Firm of Oscar Ischiu, Esq, we have helped many clients facing deportation and removal proceedings. We understand the complexities of the process and can provide you with the legal representation you need to fight deportation and stay in the United States. We are dedicated to helping individuals and families in the Los Angeles and West Covina area navigate the complexities of U.S. immigration law. Contact us today to schedule a consultation with one of our experienced immigration attorneys.

By Oscar A. Ischiu, Esq. | Posted on January 23, 2023
Personal Injury
Immigration Law
Criminal Defense
Schedule Your Free Consultation
Your first step to immediate assistance and resolving your legal issue is a consultation with our firm where you can tell us about your needs. We take the time to listen and let you know how we can help.
Get Help Now, Call Us Today