What Are the Penalties for DUI? 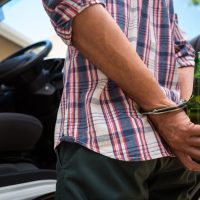 Driving under the influence of alcohol or drugs (DUI) is one of the most commonly-faced criminal charges in the State of California. However, because the practice is so prevalent, police and prosecutors are willing to push for the highest charges and heaviest penalties possible. Aggravating factors such as a high BAC, multiple convictions, or causing an accident can result in especially severe penalties. Read on to learn about the penalties for DUI in California. If you’ve been arrested for DUI in Southern California, call a dedicated San Bernardino DUI defense lawyer for advice and representation.

A defendant can be charged with a DUI if they either register a BAC of .08% or higher, if they are found to be driving while “under the influence of any alcoholic beverage,” or under the influence of drugs or a combination of drugs and alcohol. Commercial drivers (including rideshare drivers) and drivers already on DUI probation can be convicted with a BAC of 0.04%, and minors under the age of 21 can be convicted with a BAC of 0.01%.

The penalties for DUI depend in large part on whether the defendant has any prior convictions. For a first-time DUI arrest, the defendant will face:

Multiple DUIs lead to more serious penalties. A second DUI conviction will result in jail time of at least 96 hours and up to a year, as well as mandatory IID installation. For a third offense, the defendant faces 120 days to one year in jail. Consecutive DUIs also lead to longer IID periods, longer license suspension periods, and longer alcohol education programs. Additionally, even a first offense can involve higher penalties if the driver had an especially high BAC–between 0.15% and 0.2% or above 0.2%.

A defendant can be charged with felony DUI if they have four or more DUI convictions within ten years. A felony DUI is punishable by up to three years in state prison, a license suspension of up to five years, heavy fines, and 18 or 30 months in an alcohol education program.

A driver may also be convicted of a felony after injuring someone while driving under the influence (DUI with injury), even as a first offense. A first offense DUI with injury is punishable by 16 months to 16 years in state prison, up to $5,000 in fines, restitution to the injured parties, and either a year of license suspension or a year with an IID installed.

If you’ve been arrested for DUI or if you are facing other criminal charges in Southern California, you need skilled, effective legal counsel on your side. At the Law Firm of Oscar A. Ischiu, Esq., we provide tailored, considerate, and comprehensive criminal defense to Southern California defendants. We offer a free initial consultation. Call our DUI defense law firm with offices in West Covina, Ontario and Monrovia for stellar criminal defense across Los Angeles and San Bernardino counties.

By Oscar A. Ischiu, Esq. | Posted on May 16, 2022
Personal Injury
Immigration Law
Criminal Defense
Schedule Your Free Consultation
Your first step to immediate assistance and resolving your legal issue is a consultation with our firm where you can tell us about your needs. We take the time to listen and let you know how we can help.
Get Help Now, Call Us Today